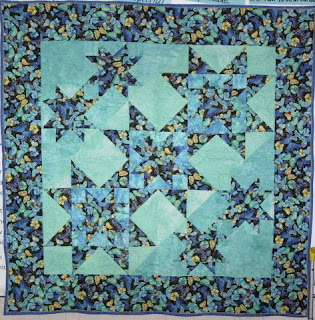 The evening of my school's open house, I was able to get together with Marguerite and give her the quilt I had made for her retirement. I so miss her; she was my main support at school over the past five years.
Below is a photo of the back of the quilt. 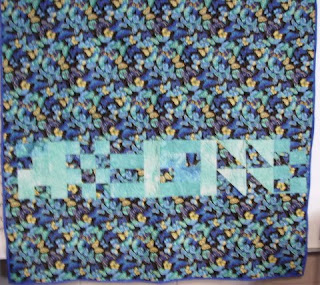 And here are a couple of detail shots. 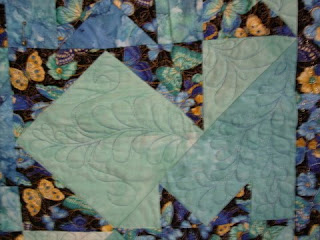 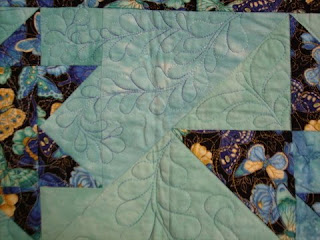 I quilted the borders with holographic thread, but that seldom shows up in photographs.

And here's the "candy", variegated threads from Thread Art in Cypress, TX. They were very speedy with delivery. I've already begun using several on a rose-colored Card Tricks Quilt that Judy R. pieced for Victory Quilts.

I also ordered more threads from Fil-Tec; but they are on the East Coast, and the order was sent to me via UPS, so it's caught somewhere in the delay created by Labor Day. The Fil-Tec thread is not variegated--although I would sooooo love it if they made their Glide thread in variegated colors! Nevertheless, I'm eager to receive that thread too; I ordered Glide thread for quilting and some much finer thread for piecing.
Posted by Dora, the Quilter at 8:40 PM 0 comments

Before I had to return to school on August 10, I was determined to get a slipcover made for this $6 apricot colored velvet chair that has been languishing for several years. 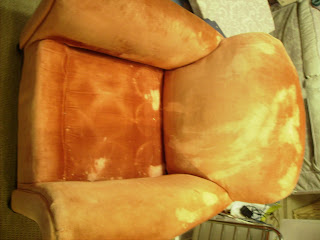 Got it made with the $5 per yard Laura Ashley fabric that I purchased years ago when we still had a Laura Ashley store and that I've had even longer than the chair--and which has gone into several other slipcover projects. Here's the back detail. 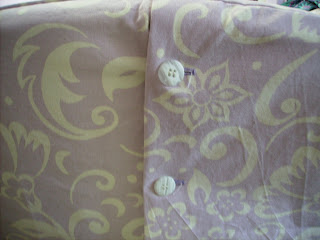 And the finished chair! 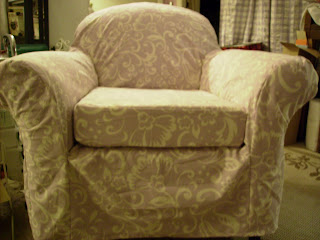 The day before I headed back to school, we had another quilt dedication for the Victory Quilts. The same Sunday, Alexandra and her friend Kaeli played for the anthem in the traditional service. I did not get pictures of all the quilts--I'm not sure why--probably because I had to play and sing in the contemporary service and ran out of time for pictures. 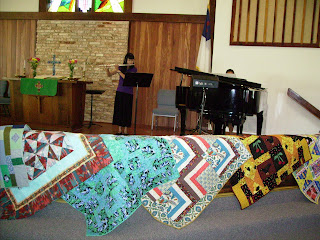 The other fun thing Alex did that day was get a much belated birthday critter. She had wanted one on her birthday, but the bakery was out of them. She took quite a few pictures of her critter--but I'm posting only one. 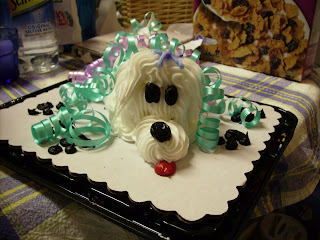 I've been so busy with school that school is about the only thing that has happened. The open house at my school was last week, and the open house at Alex's school was this week. I'm glad she is able to attend our local high school--it's much bigger and has more opportunities than the one I attended, although the band is smaller. However, as we walked through the halls, we saw the local class from the year I graduated--it had 23 students, less than half what my graduating class had. Now my high school is now much smaller than this one. That seems to be because there was no more available farm land where I grew up. In the intervening years, much of the land that was once ranches and wide open spaces here has been covered with housing developments.

I'm so grateful that Monday is Labor Day and that the only driving I'll have to do will be to nearby places!
Posted by Dora, the Quilter at 6:59 PM 1 comments