No pictures for this post because they would be ugly!
I revisited the doctor this afternoon--they now think this isn't shingles (because of it's failure to stick to a typical pattern)--so I came home with a "powerful ointment" but no longer have to worry about passing this on to someone.
Both doctors say I can just think of myself as a medical mystery.  Probably as close as I'll get to being a princess!!!

I seem to have gone missing again--and, in a way, I did.

First order of business is an array of photos from the It's a Sister Thing Swap in which I participated.

I shared a box of goodies with Needled Mom.  You can find her post about it here.

The secret sister who sent me a box of goodies was Jeannie of GracieOliver.
With the exception of the fall ribbon, "a decadent blend of black teas and vanilla" from Spice Merchants, and a little pin, here's what Jeannie sent to me: 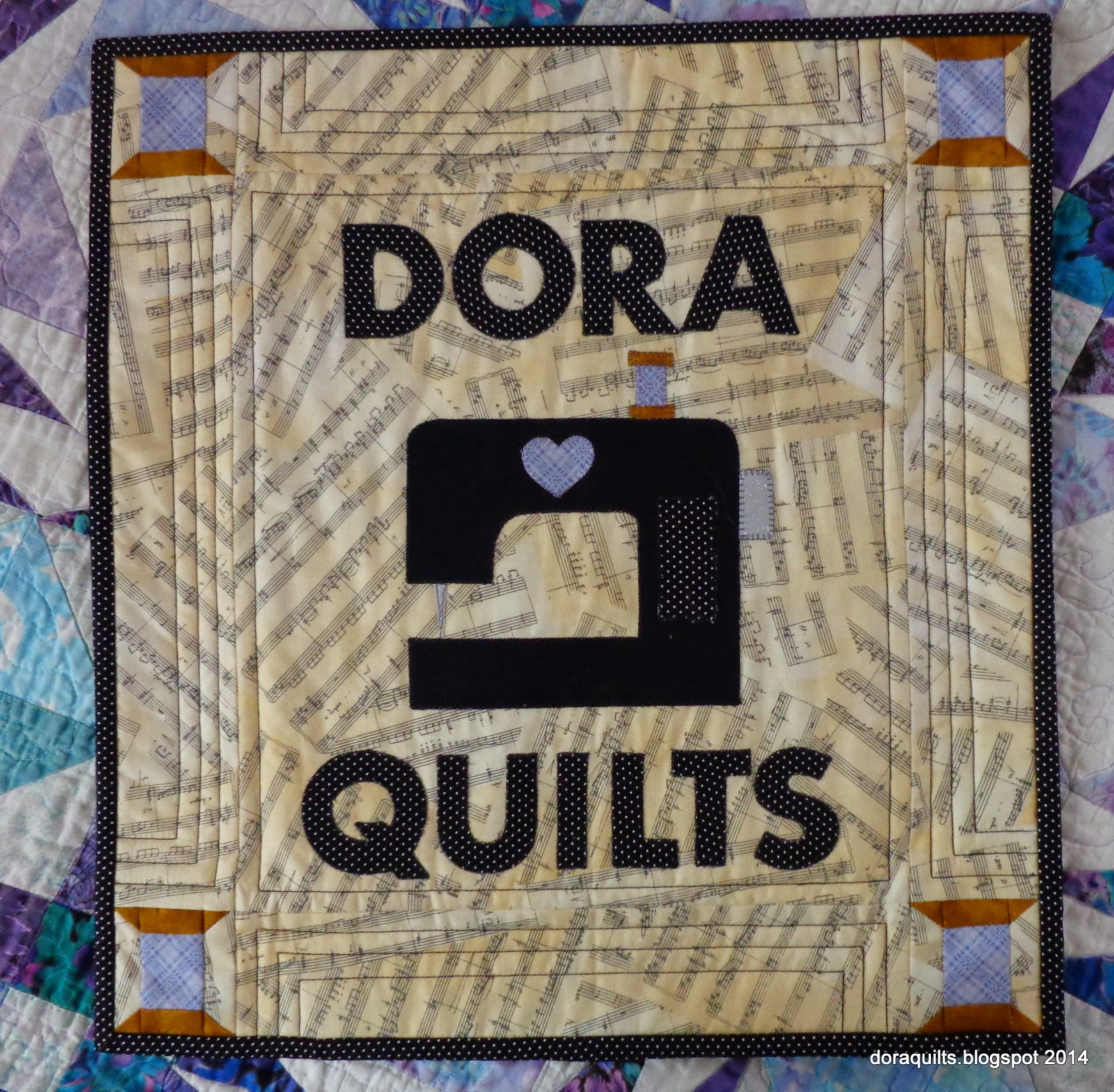 A wall hanging--that is going on my door to replace the patriotic hanging now that Labor Day is past. 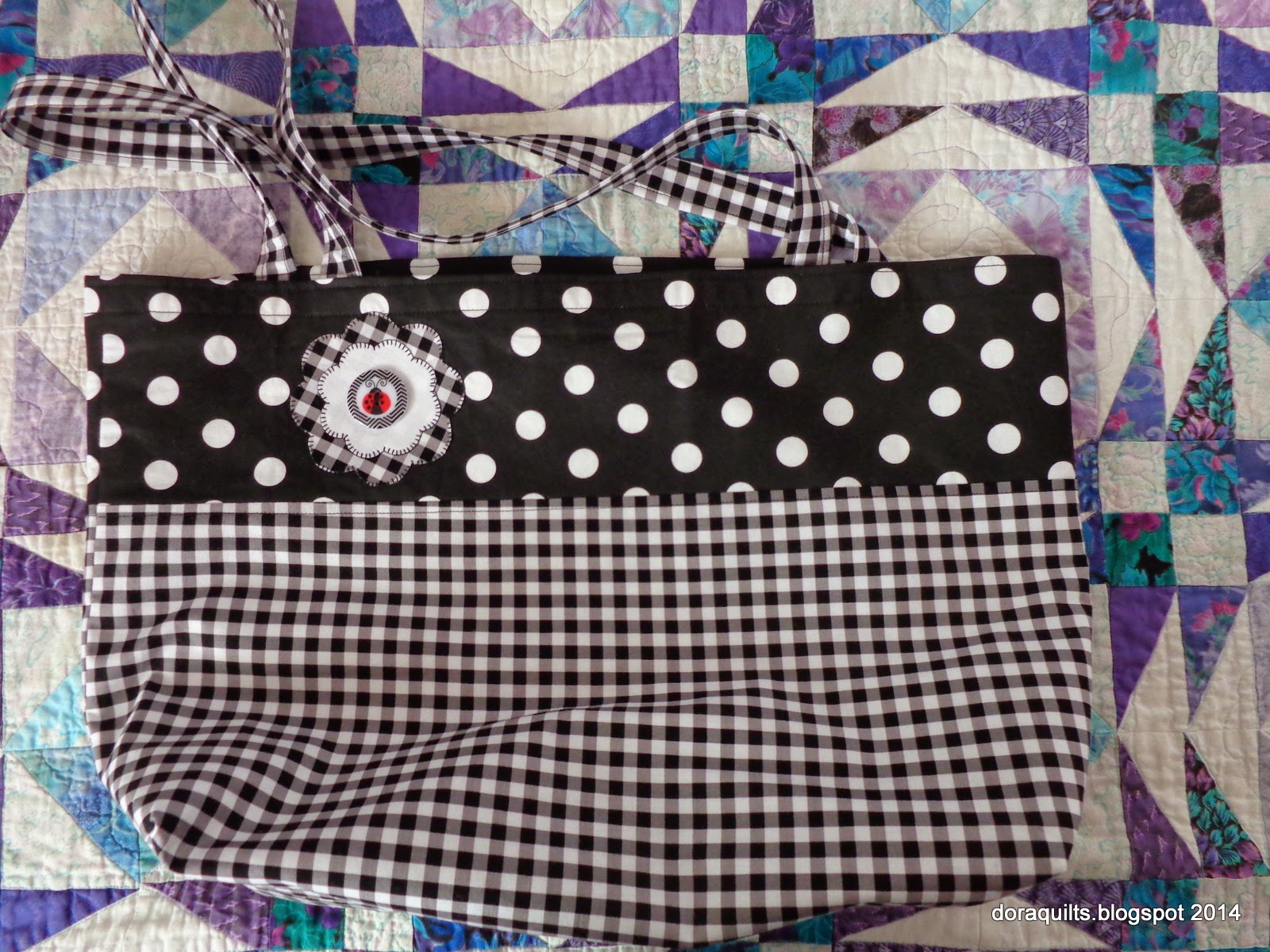 A really classy black and white tote bag.  I love the gingham print and the dots. 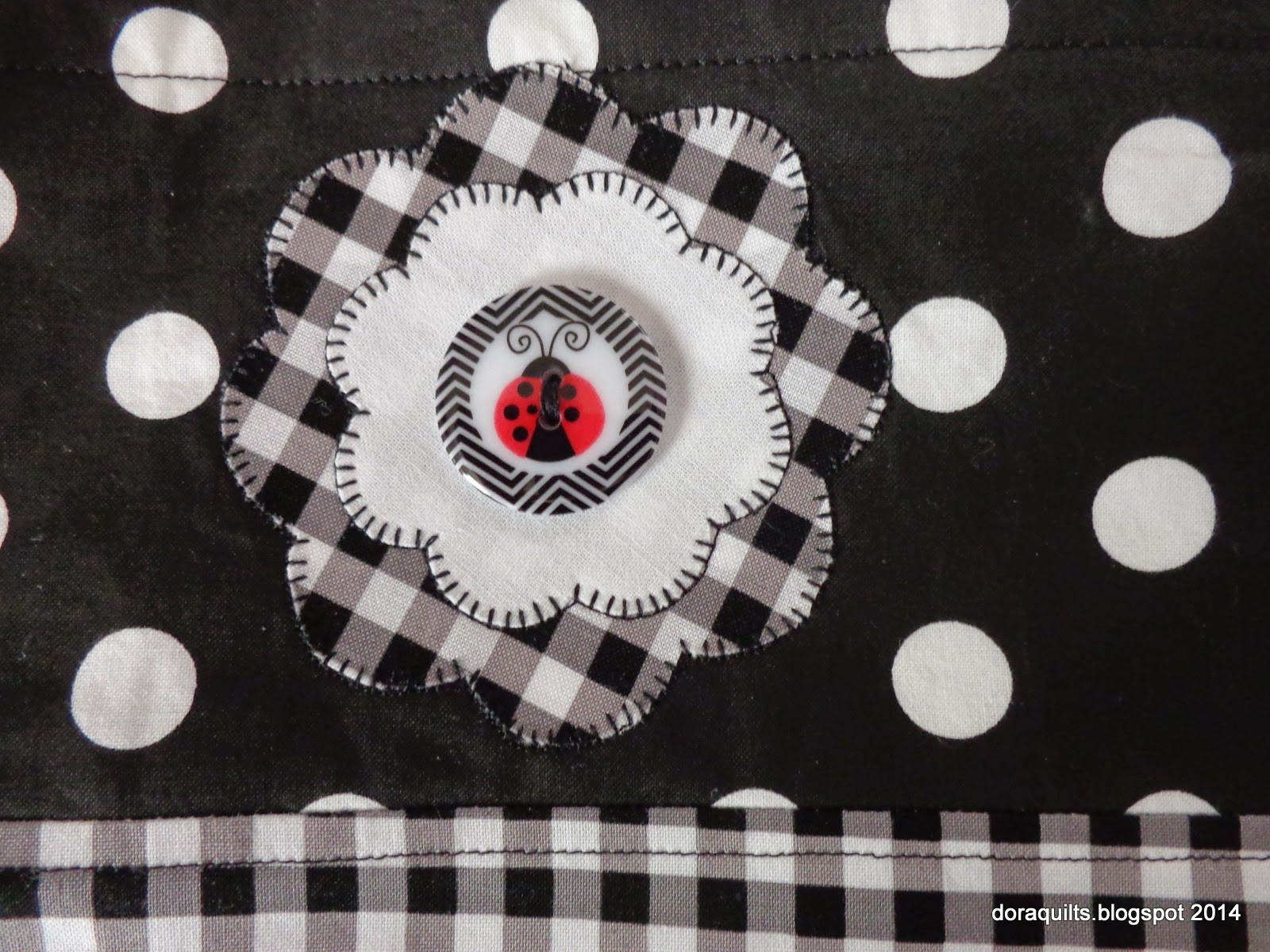 A sweet lady bug button adorns the flower.  (Although I've never collected them, ladybugs are special to me because I adopted from China.  Frequently, there have been a flurry of ladybugs about the time referrals have been sent to adoption agencies.) 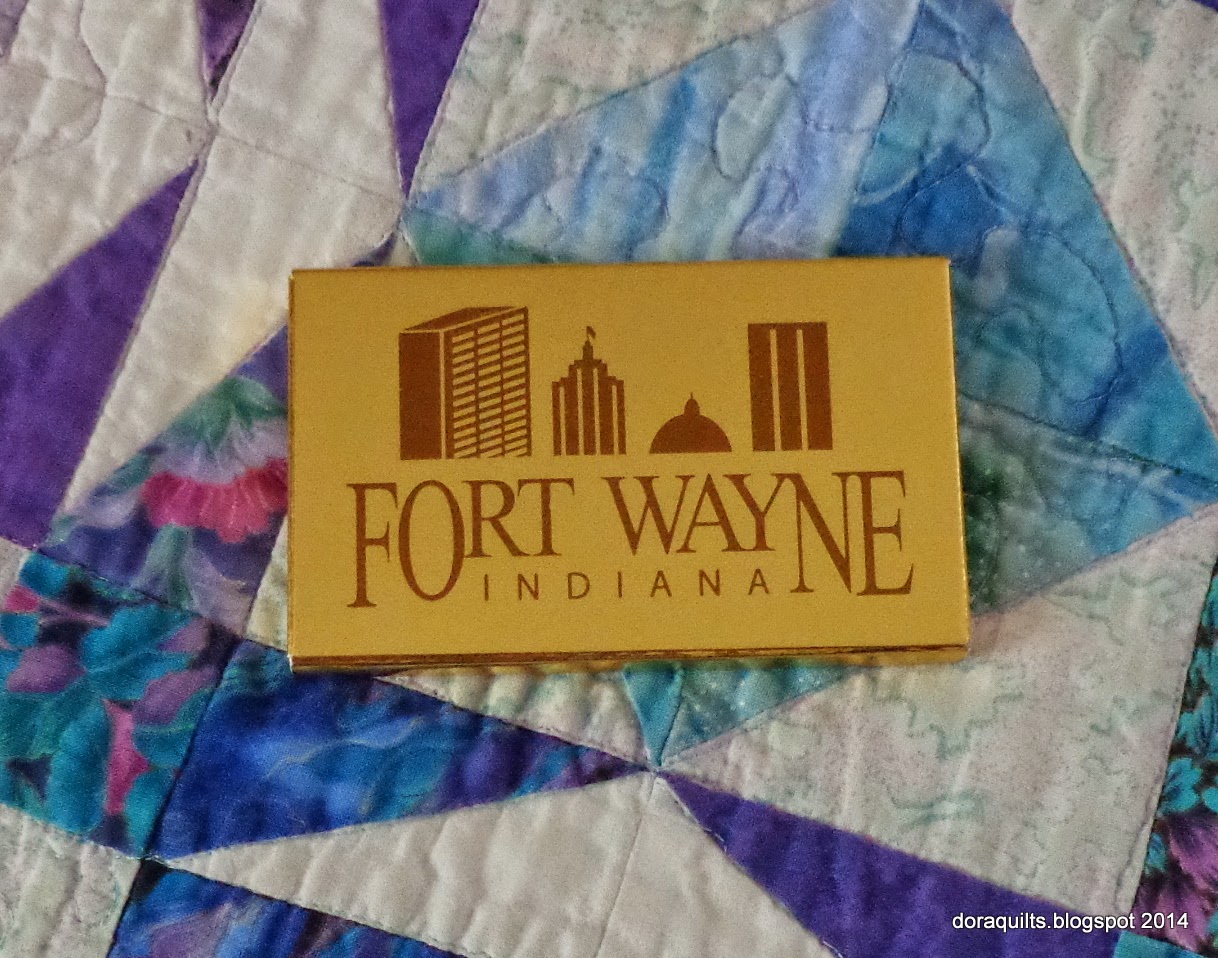 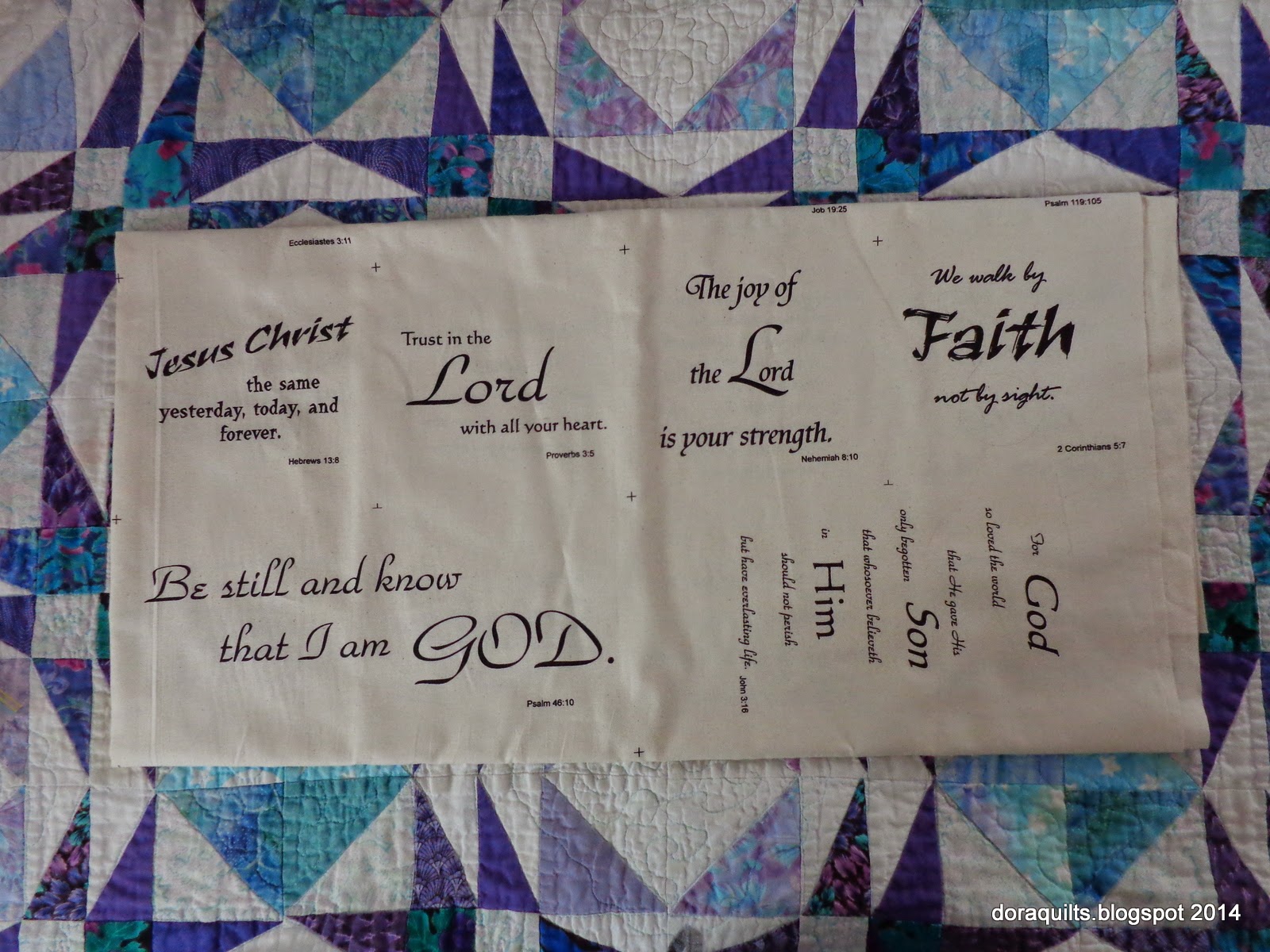 And from the Amish store near Jeannie, some yardage of scripture based fabric that I've never before seen. 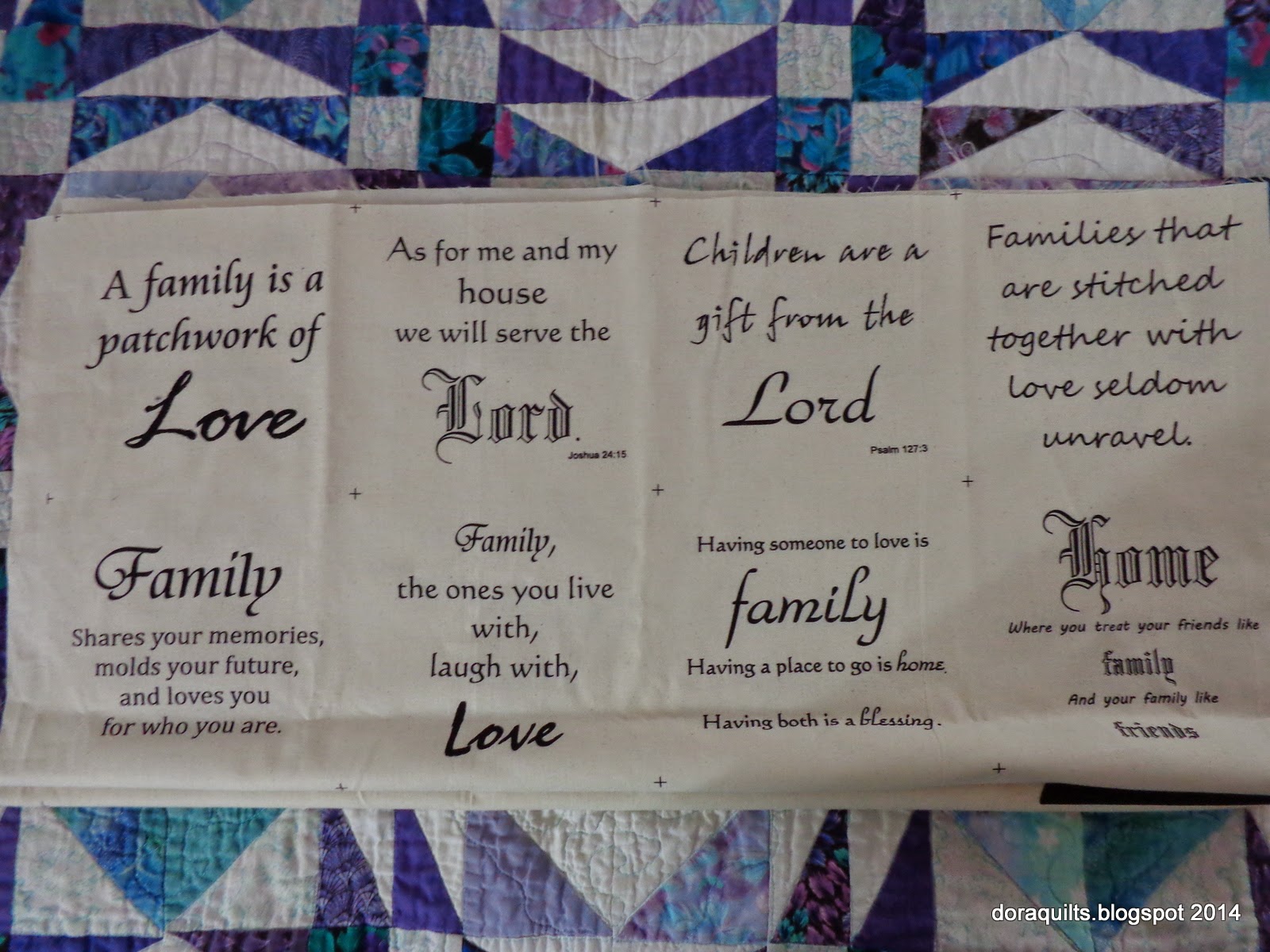 I love the way these are printed, 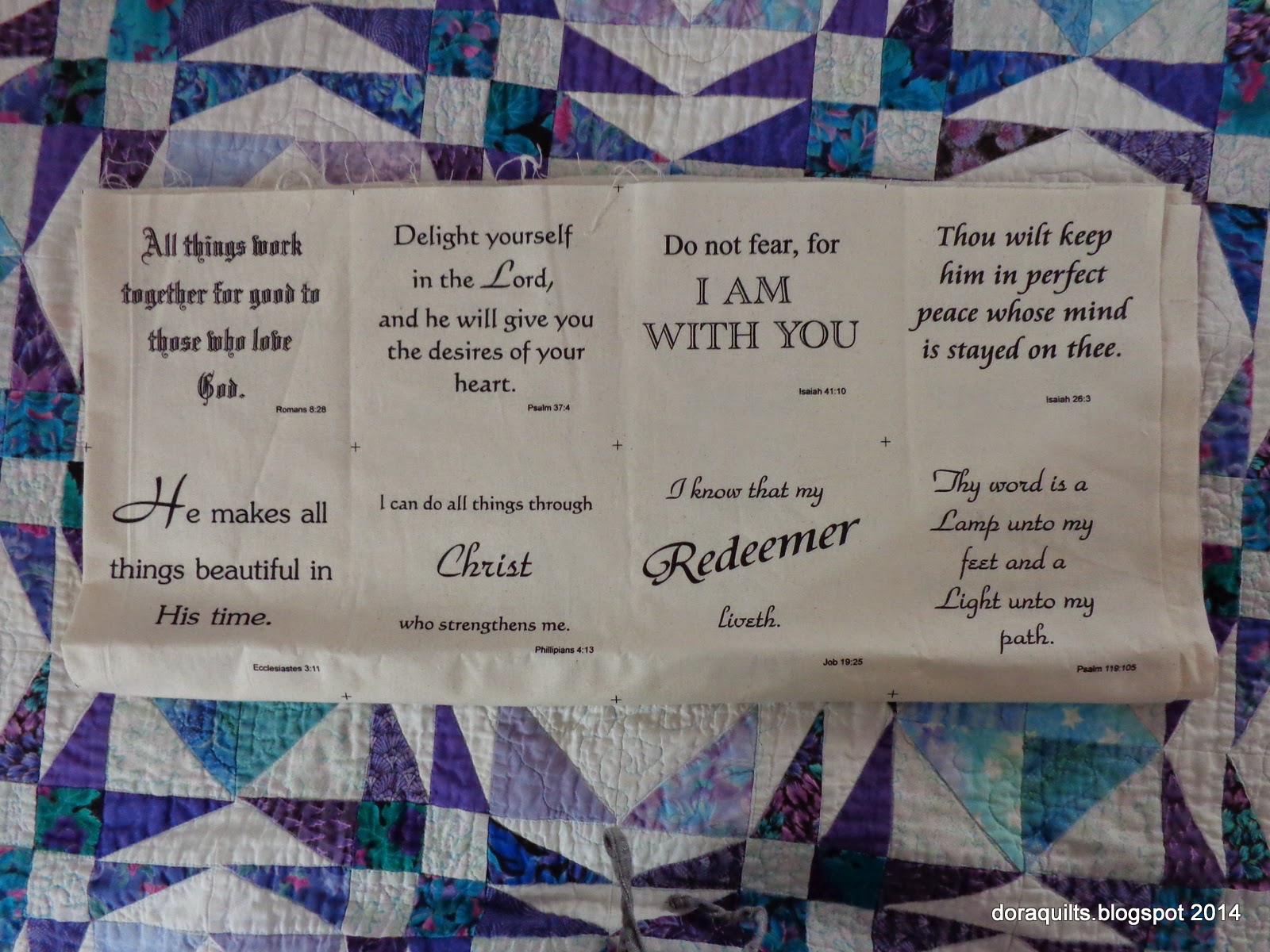 and they are longing to become part of some special quilts, including prayer quilts.

Thanks, Jeannie, for such truly wonderful gifts.  (She says I'm hard to  blog stalk because I don't talk about myself much.  Hmmmm, I thought I did.)

Last week, when most people were posting about their swap items, I was north of Pagosa Springs, CO at a women's retreat where two friends and I helped with music.  It was kind of a shock to my system to get away to such a wonderful event in such a lovely place--probably the most relaxing few days I've had this summer.  I missed my quilting, but did work on some socks.

My new adventure, if it can be called that, is a bout of shingles.  Yes, I've had the vaccination, but it is estimated to be only 80% effective.  I confused three doctors who came to take a look in the doctor's office yesterday because I have it on both sides of my body (mostly my face), and most often people get it on only one side of their body.  My practitioner prescribed a stronger antihistimine (in case it's something else) and an anti-viral.  She assured me that even if I have shingles despite the vaccine, this will be a much lighter case.  By today, it's pretty clear this is shingles.  However, now I'm home from work because children who have not been vaccinated against chicken pox can catch them from someone with a shingles outbreak.  One of my friends from jugband had them earlier in the summer, and she shared with me some more natural things to do that sped her recovery. I'm just very happy that so far I'm itching but not having intense pain as I notice more little dots popping up not just on my face but also on my arms, chest, and belly.

I'm still behind in a lot of things, but also very tired, so we'll hope I can catch up on at least a few things.

(I'm not ignoring 9-11, but other than praying for comfort for the survivors and their families and wisdom for our country's leaders, I won't dwell on it.)