Yesterday, after helping to make pies that were then frozen and will be served in the Methodist Cafe at the NM State Fair in September, I ran some fairly quick errands and came home with these. 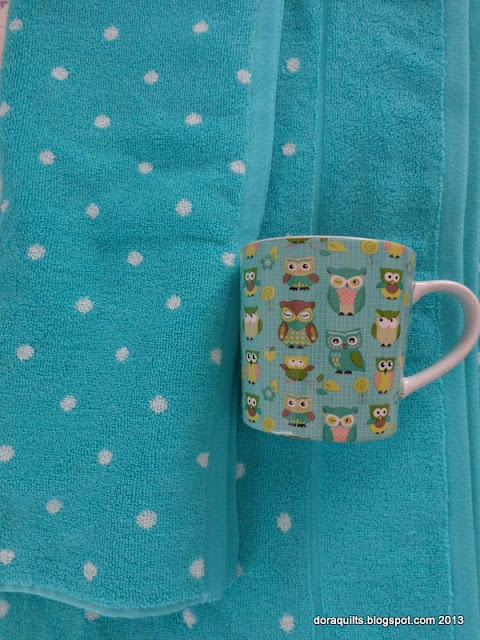 Sweet Teen took old towels to college, which I appreciated.  She just loves polka dots, so when I saw these towels on sale, I bought a couple.  The owl mug was another sale item, and whether she uses it for pencils and pens, or beverages, I'm sure it will cheer her up at some point.

I also brought home a splurge for me.  Now I just need to be efficient with my time so I can enjoy reading them!  I really have a thing for print media, and regardless of how many blogs are on my Bloglovin' list, I continue to love the paper stuff.  Why is that? 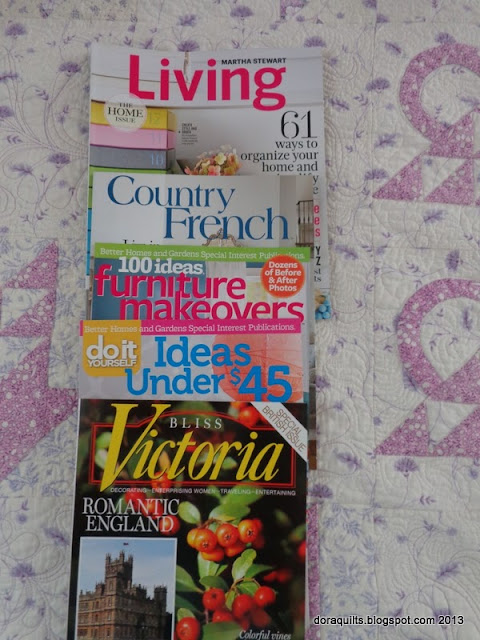 As I was remaking my bed with fresh sheets last night, someone in the neighborhood was setting off fireworks, and I was finding the pop-pop-pop anything but pleasant.  So as I went to another bedroom to close the window I was greeted by a genuine firework display that was bigger than most small towns put on July Fourth.  Because of our intense drought, our town, for the first time in memory, had no display and allowed no aerial fireworks.  We've had a few weeks of off and on showers since then (a big deal for us, although cumulatively less than most places in the U.S. receive in just one rain shower) and had a 5 minute rain shower earlier in the evening.  I stood there and watched until it was over.  Because of the low clouds, I could hear a lot of what people were saying although they were three or four blocks away.  They were celebrating a birthday.  Despite the fact that they were sending an astonishing amount of $$$$$ up in smoke, I really enjoyed that fantastic display!

When I signed in to write this post, I discovered that the Blog Reader is still there.  What is with that?  Interesting, but now that I've been reading on Bloglovin' and find it so much more convenient, that old Blog Reader doesn't even compare.

In general, I'm just celebrating milder temperatures (with any luck we've had our last 90+ degree day) and am enjoying all the green as well as blue skies and gorgeous clouds!  There are a wide range of celebrations occurring accross New Mexico the next few weeks, although I don't know how many I'll be motivated to attend.  I'm just such a homebody! 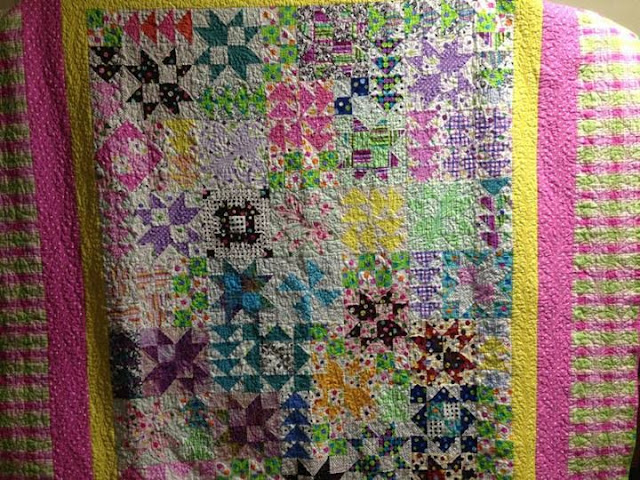 I did not, however, manage to get a photo of it completed.  The glorious meandering feather in the outer border is sort of visible.  We repeatedly said we'd get a photo of it in her dorm room, but didn't do it.  She took this photo with her new phone.  (I'm trying to learn to use her old one!)

I also made a sleeve for her computer.  We used bits and pieces left over from her quilt.  My friend Claudia graciously agreed to make the panel with her initials, since she has an embroidery machine and I don't. 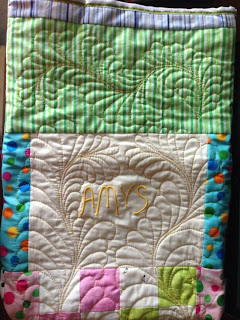 I neglected to take a picture of that too, so she sent me this one, but forgot to photograph the other side.

It feels very strange to know I'm now living here without her--despite the fact that she will be home for Labor Day weekend.  Just as growing old isn't for sissies, neither is leaving your child at college (although I admit I've shed tears at every transition).

The first two borders are quilted. 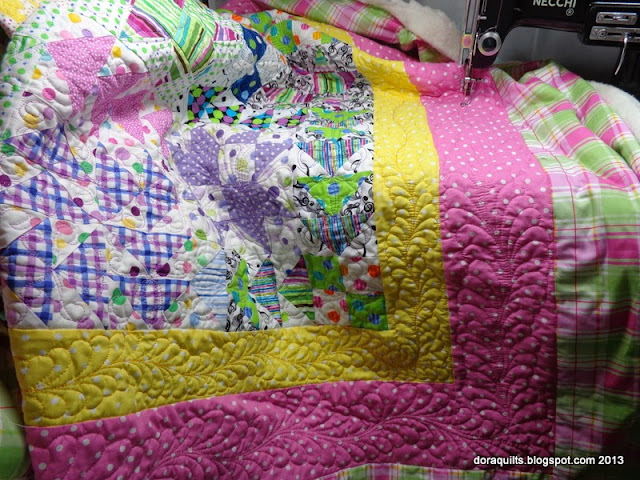 The tricky thing about borders is that they really do consume much of the area of the quilt.
These first two borders have continuous feathers. 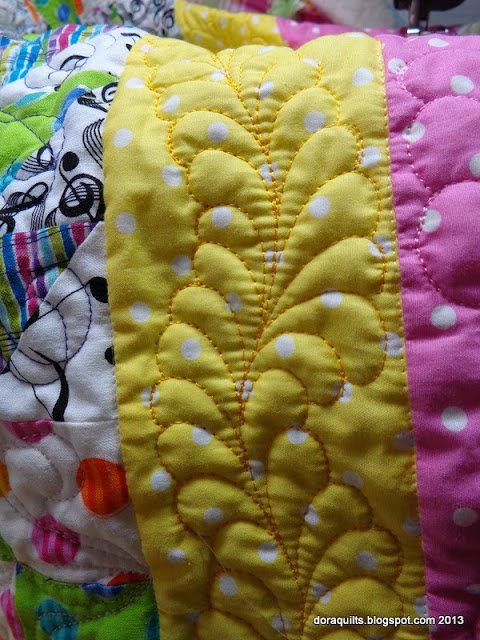 The yellow border has a single spine--mostly because I started the second side of the feather without remembering to double the spine.  However, since that border is narrow, a single spine worked out just fine. 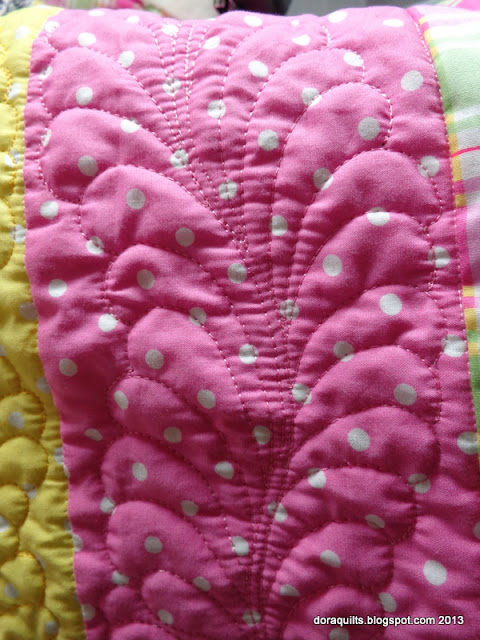 The second border is five inches wide, and I did remember to stitch the second side of the spine.

We spent much of the day in Albuquerque taking advantage of the tax-free weekend to pick up several items of clothing, school supplies, and items for Sweet Teen's dorm room.  We had set out in the morning hoping to avoid the worst of the crowds.  Of course, we hadn't realized that one of the places Sweet Teen wanted to shop was opening early, so by the time we left the mall, a good portion of the state's population was there!

After yesterday's off and on rain showers, we were hoping for more today.  We've had several hours of thunder in the distance, but no rain.  Still, the clouds do help moderate the temperatures.

I'm hoping that tomorrow I'll be able to complete the third [8.5 inch] border and move on to binding.  After the noisy crowds today, I really noticed how quiet the treadle is.