I've finished three strips of seven four-patches.  I haven't decided whether to make two more or just one more. 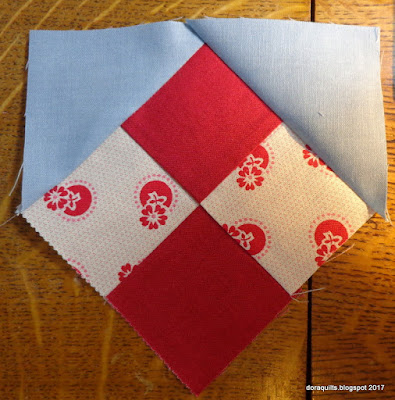 First I added smaller triangle to the top block and bottom block of the strip set. 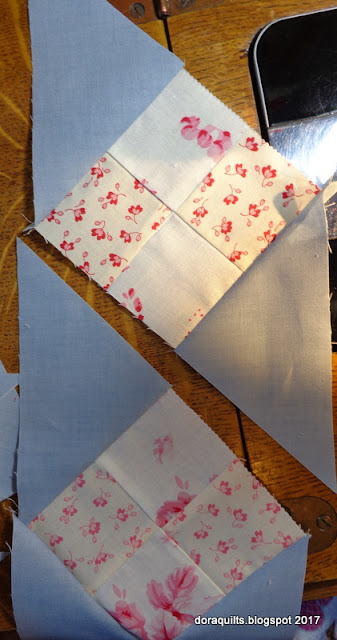 Then I began attaching the larger triangles to each four-patch on the diagonal and setting those sets together. 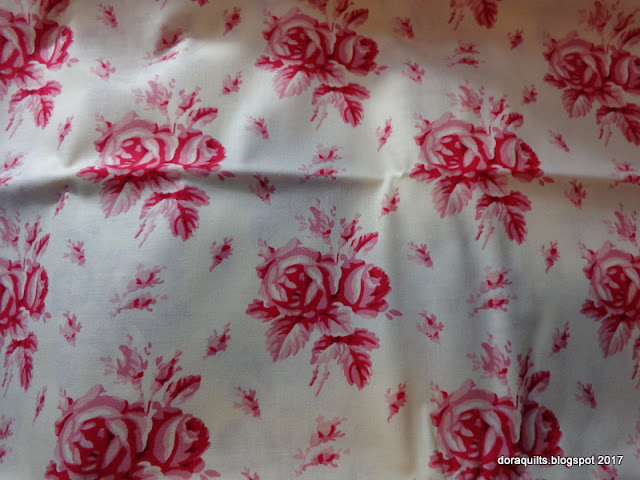 This is the large print I plan to use for the borders and the spacers between the pieced strips.

My brother-in-law pointed out that my niece Blanche is now five, and I've had this fabric since she was a baby.  Of course, it's far from my oldest fabric, but given how much I like it, I'm not sure why it took me so long to use it.  The four-patches were already pieced when I opened the project box.

I'm getting a bit frustrated about how little I get done, but chores like laundry pull me away from piecing.  Oh, and I did have to use my seam ripper several times.

The wind is howling, so I'm going to bathe and snuggle in bed with my knitting and a book--and try not to think of how little I accomplished because I have a lot more done than when I opened that box yesterday.

You are way ahead of me, sewing wise. I haven't sewn a stitch so far this year. Of course, traveling is the main reason. I like those blocks. PS: I have some fabric in my stash, from when I first started quilting, in 2001.

Great progress with your four patch quilt top...
I see in the next post you actually finished it... WOW!!