A few months ago Dawn H. sent a prayer quilt to her brother.  She decided she needed to join us in making prayer quilts.  I should have taken a "before" picture of Dawn's quilt top, but I failed to do so.
This is quilt is so special and so different from the ones I usually quilt. 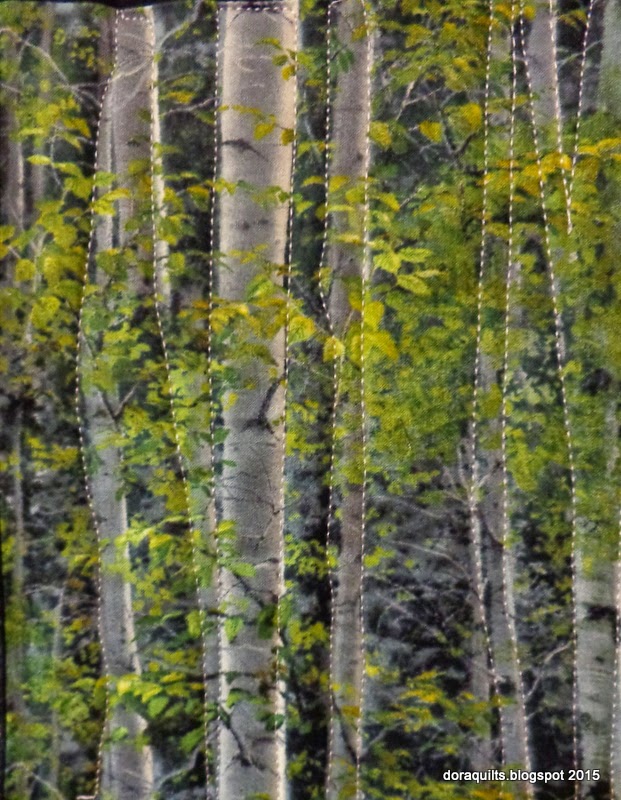 She began with this fabric that brings  forth memories of the forests of West Virginia where Dawn grew up.  The fabric is amazing and spoke to me because of the years and summers I spent in the Appalachians.  She cut that fabric into rectangles and surrounded it with wide black sashing and charcoal cornerstones. 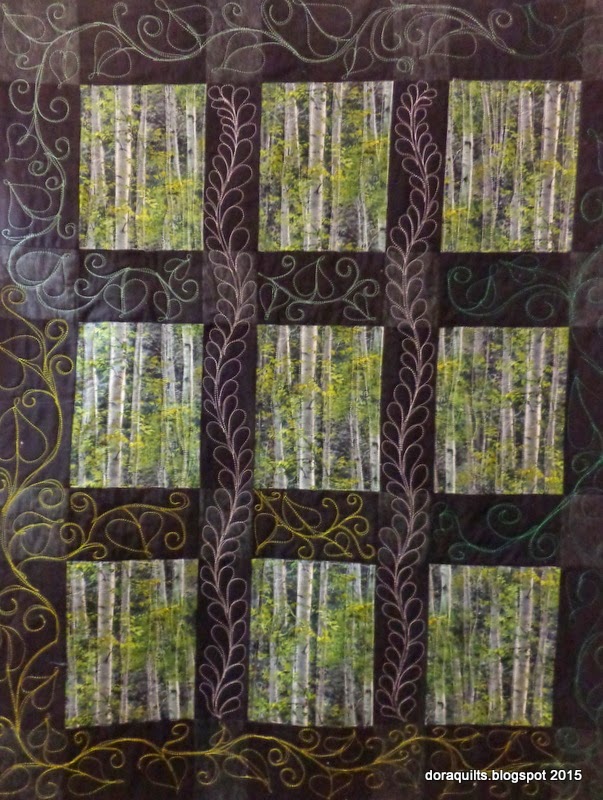 I knew it needed some silver feathers, but after I got them in there, I had to go rest and ruminate.
I surprised myself by deciding it needed vines from the forest in the borders and the rest of the sashing. 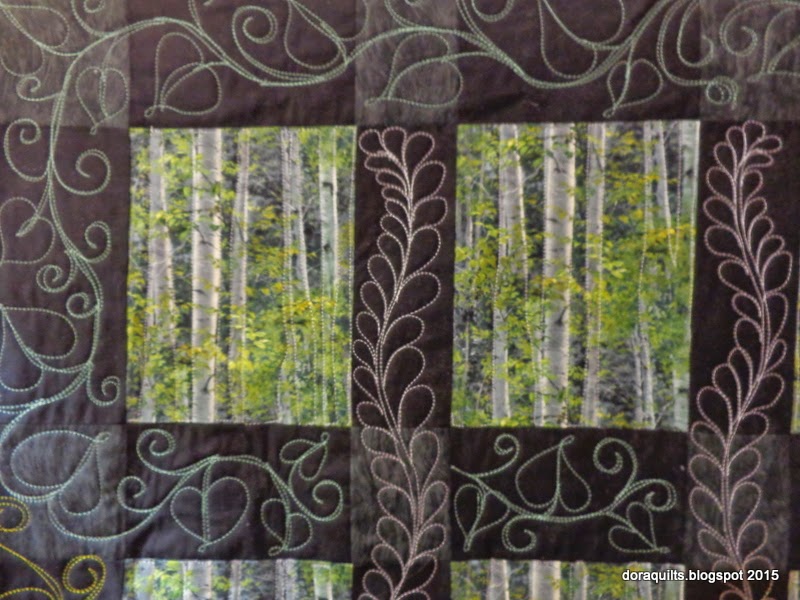 I've realized that just like my fabric stash, my thread stash could use some more greens. 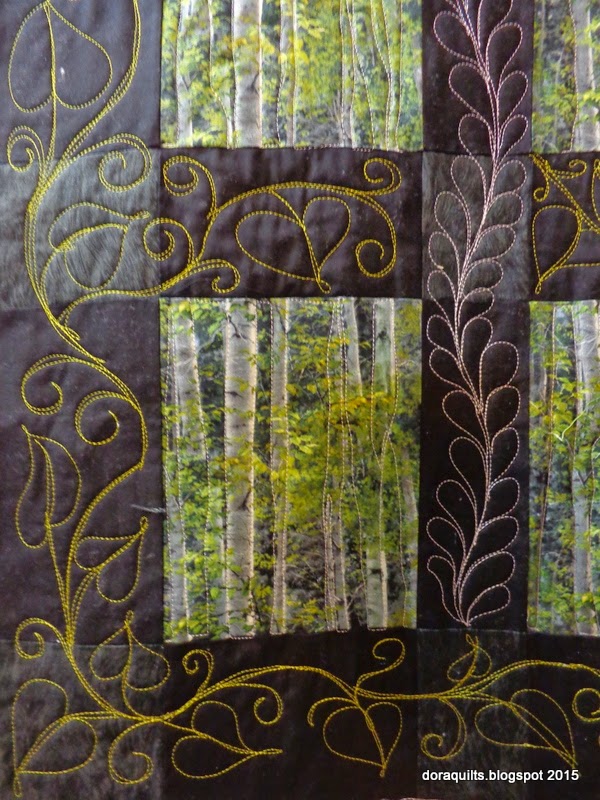 I used three greens, none of which are accurately portrayed by my photos taken on this overcast day.
On the left is a lovely golden green. 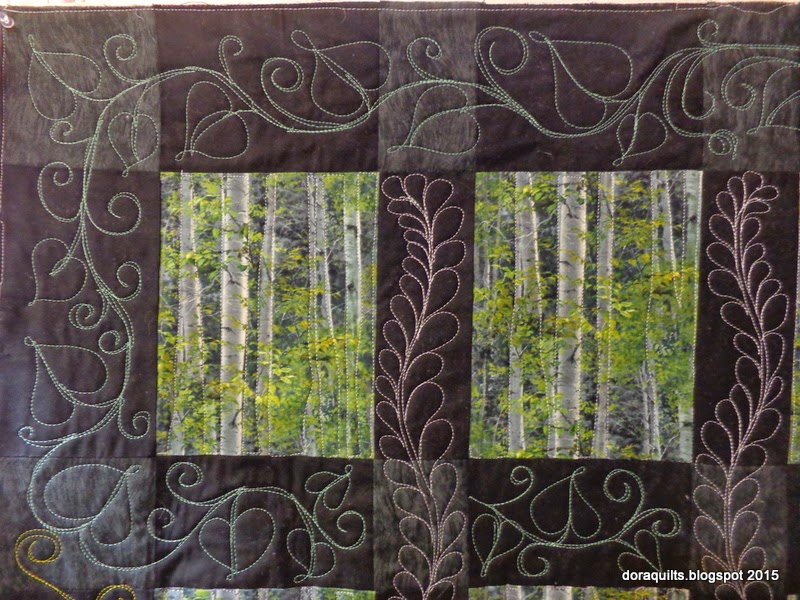 Continuing up the left side and across the top, as well as a couple of the center sashings, is a nice medium green that looks more ashy in the photos. 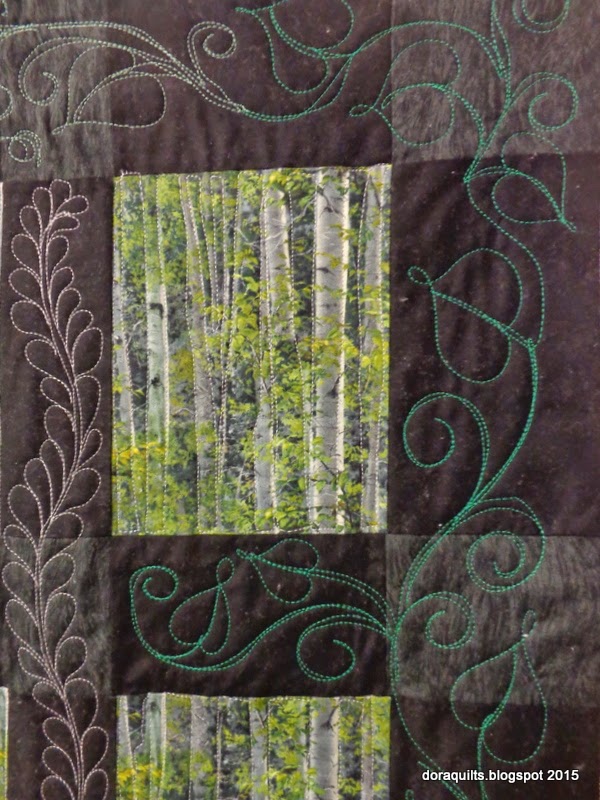 And on the right is a deeper, intense green. 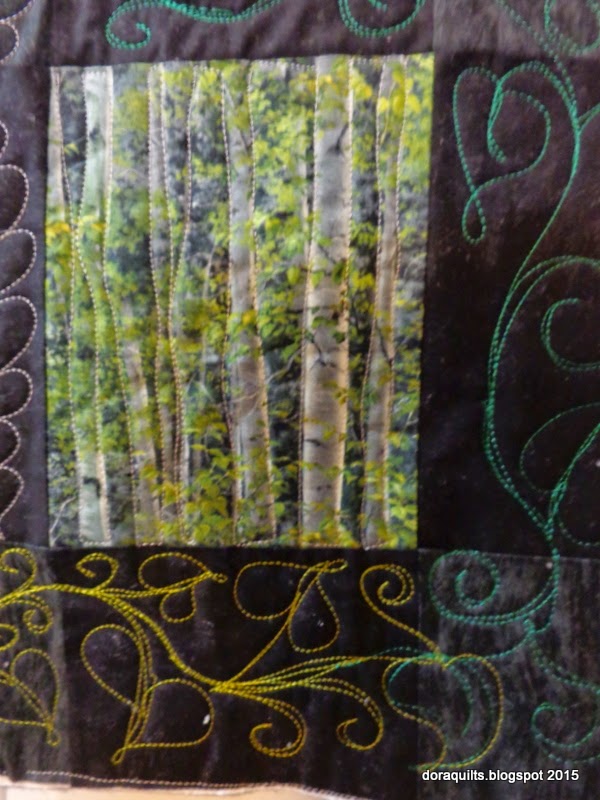 There was an additional little challenge in the lower right corner when I needed to tie the fresh golden green and the deep green together.  I hope this works. 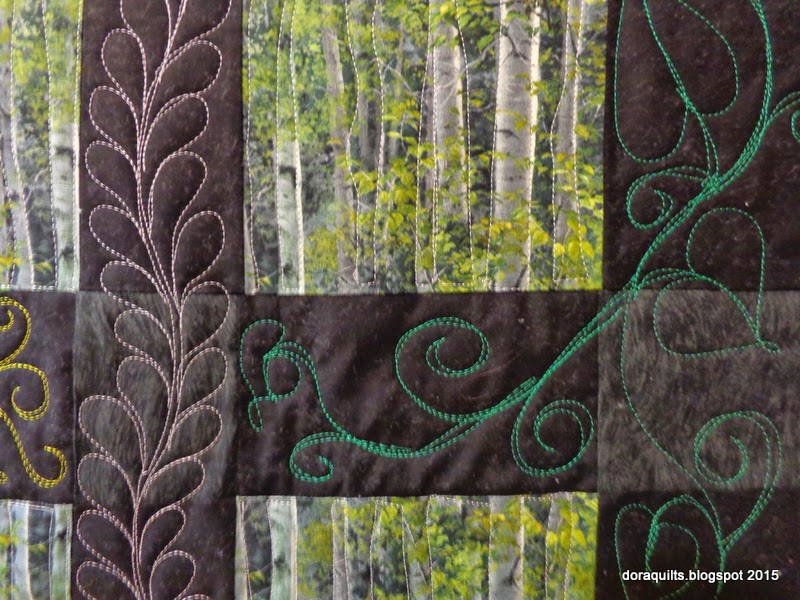 I would never have guessed when I first saw this quilt that it would end up with leaves and vines.

This would have been a good candidate for a black batting, but I didn't even think of that.

It was an interesting challenge to create a quilt that was so different from my usual and that ended up surprising me even as it was being quilted.

While she maintains some close ties to West Virginia, after Dawn grew up she lived several places around the country before settling into teaching jobs in California.  Her daughter married the son of some good friends from my church, and Dawn moved to Albuquerque for her retirement years.  She also serves as keyboardist for our contemporary service.

I'm more than a little in awe of her quilt, which is so different from anything I would have created in my mind.  I know it will be a blessing to the person who receives it.

Your quilting is lovely and enhances the quilt perfectly.

I love how the quilting just seemed to come to you as you were working on it. As you were describing it, I kept thinking of freely drawing on a chalkboard, which is what the background fabric reminds me of. Beautiful work.